Paris (and updated: Notre Dame) on my mind..

Posted on December 7, 2012 by Drachenfutter

Seven years ago, in December 2012, I wrote the homage to Paris below this update, a Paris that will never be same for myself and millions of others because of the tragedy that today befell Notre Dame Cathedral. 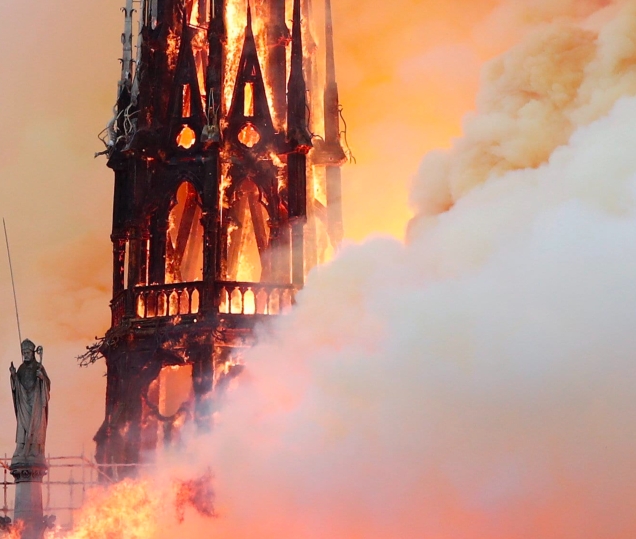 A place that was built eight centuries ago to awe and inspire simple folk in simpler times with a sense of the Divine -and continued to do it into the age of the Internet! – will never be as it was.  Yes, it will be re-built and, yes, it will inspire millions through that process and, yes, the result will be, I am sure,  stunning and beautiful in its own way.  But not for me, in the same way.  (For one thing, just like the great medieval cathedrals took decades to complete, I may not live long enough to see the new Notre Dame rise from its ashes like the mythological Phoenix.)

Quite honestly, I don’t know that I can go back to Paris because not seeing that familiar sight would be both unbearable and unavoidable.  The eye can not unsee but the mind’s eye can preserve what no longer exists.

Here is how I will always remember her, one Spring evening in the last century.  She will remain ageless and beautiful, as all great loves will always be to a lover.

“We’ll always have Paris”, Bogart said to Bergman in Casablanca and tears roll down the cheeks of both the hard-boiled and the heart-weary..

We don’t just understand, we grok, for Paris is the birthplace of love-affairs, not the least of which is the one with the city itself. And what Bogart would say about the Maltese Falcon is truer still about Paris: *it* is “The stuff that dreams are made of”.

IF Hoagy Carmichael had written “Paris On My Mind” instead of “Georgia On My Mind”, it would be the earworm playing in my head. It happens periodically, as Paris is a virus against which there is no vaccine and for which, once infected, the only remedy is a visit to ease the symptoms…. until the next outbreak.

I know this from having gone from a small-town boy in Brazil to whom Paris was as out-of-reach as the moon, to something even more improbable: an adult who ran its 1997 Marathon and walked its streets in every weather of the heart and calendar.

Once is not enough. Or even my dozen-plus times.

In the film “The September Issue”,  a documentary about the assembly of the September 2007 issue of Vogue Magazine,

there is a segment in which a senior editor, a former model herself, is followed around Paris scouting locations for a photo-shoot. As the chauffeured car meanders the streets, the camera never leaves her face. We note – in her half-smile, a curtailed sentence, a tear squinted back – not the memories themselves, but their revelatory bubbles, hints of her private Paris.

It made me realize how my – and likely your – experience of Paris is as a palimpsest: a papyrus written, scraped and written over, yet with all layers still showing: the new wreathed through with the old, faded and distinct at the same time.

Its first appearance in our consciousness, like the first raindrops of a Spring shower, presages differently for each of us. For some, Paris will be barely noticeable, the few drops – a photo here, a news item there – brushed off easily. For that minority, it means getting out the umbrella of unimagination to defend against the torrent to come, for Paris is pervasive, unavoidable.

But for the majority …. for the majority, that first picture book about the adventures of a little Parisian girl (or an overheard story, or perhaps a souvenir snow-globe or miniature Eiffel Tower from a returning visitor) will be the beginning of something marvelous. 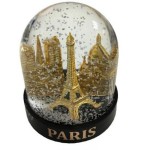 Over the years, as the occurrences increase in number and variety, the bits and pieces – from the iconic to the obscure, added deliberately or by chance – shape that layer’s complexity and topography. We note the reverence, the wistful tone, the sigh (or silence), the distant (or knowing) look of a shared secret in the eyes of those who have experienced it. It’s a Paris where history and fiction mix and stroll together, where little Madeline dances Gershwin with Gene Kelly, Curious George climbs La Tour Eiffel, The Three Musketeers charge the barricades, and Napoleon applauds Piaf singing Non, je ne regretted rien (“No, I regret nothing.”)

Yet it all makes sense and feels natural.

Paris, then, becomes a state of mind, a marvelous repository for both real and false memories of treasured Hemingway descriptions, Cartier-Bresson photographs, 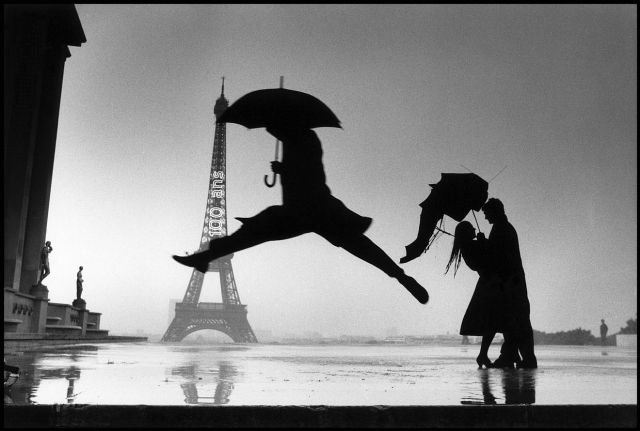 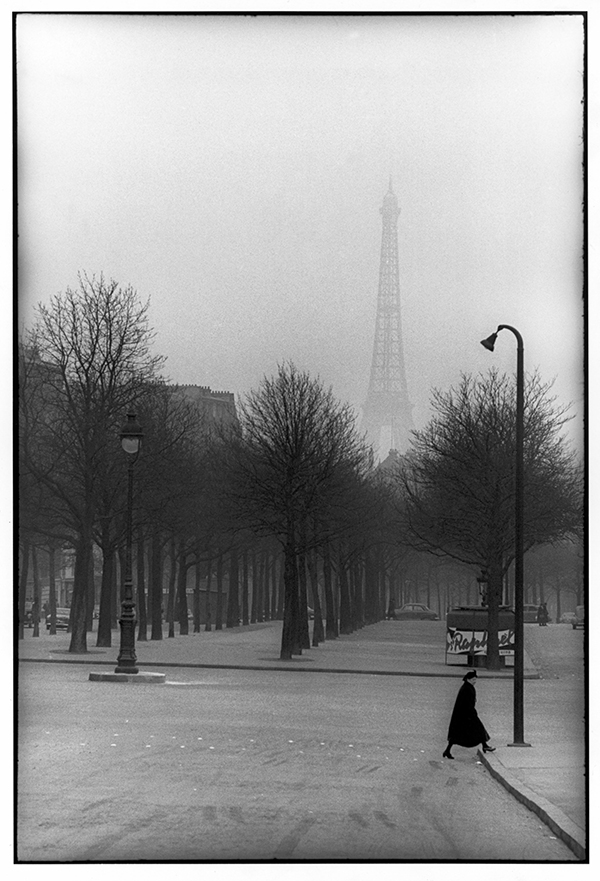 scenes from Hitchcock and French New Cinema, Josephine Baker’s dancing, with Jacques Briel and Maurice Chevalier songs (except “Thank Heaven for Little Girls”, which is very creepy…) to set the mood.

That Paris is what we carry, heavy with anticipation, until we step off the train, plane, bus or car that finally delivers us there for the first time, jet-lagged or rested, cranky or cranked-up…. and begin creating our private Paris with that first step, a Paris that we will always have our private version of that beautiful friendship.

The impetus for the above, which I began in late in 2011, was a yearning, an itch to be in Paris again. I scratched that itch over Memorial Day weekend (and checked off The French Open from my bucket list).

It's all in my blog....
View all posts by Drachenfutter →
This entry was posted in 1944, Paris. Bookmark the permalink.